Birds in Paradise is about longing for beauty and harmony, and the illusion of perfection. It’s a pattern inspired by 17th and 18th century Chinoiserie, mainly the exquisite, hand-painted silk wallpapers. At that time the world was starting to open up, increasing trade between Europe and East Asia and making travel a possibility for some.

Travel journals by Marco Polo and his like sparked people’s imagination and longing for far away places. The stories and exotic objects like silks, porcelain and hand painted wallpapers slowly dripped into Europe and sparked a fascination with “The Orient” or “The Far East”. Little was really known about that part of the world, but it seemed both mystical and wonderful to the Europeans.

The Far East became a source of inspiration, the culture was admired and thought of as highly civilized. China was imagined by many to be an ideal world of beauty and leisure, a distant paradise.

This led to a new style emerging in Europe called Chinoiserie, meaning “the Chinese taste”. The style, associated with Rococo, emerged during the late 1600s, and peaked during the 1750s, but never really disappeared. It can be seen in arts, interior design, fashion and architecture.

As trade between Europe and the Far East grew, the Asian artist started to create objects suitable to the European taste simultaneously as European artists and creatives started to create art in the Chinese taste and to make imitations of East Asian objects arriving in Europe. Hence, Chinoiserie can be said to be a conversation between the East and West.

Thanks to a limited amount of facts and plenty of misinformation, many Europeans considered China, East Asia, India, Japan, South Korea and sometimes even the Middle East to be one region with a shared culture, and in their work of art and reproductions of goods they happily mixed elements from different regions and cultures, creating a fantasy world. 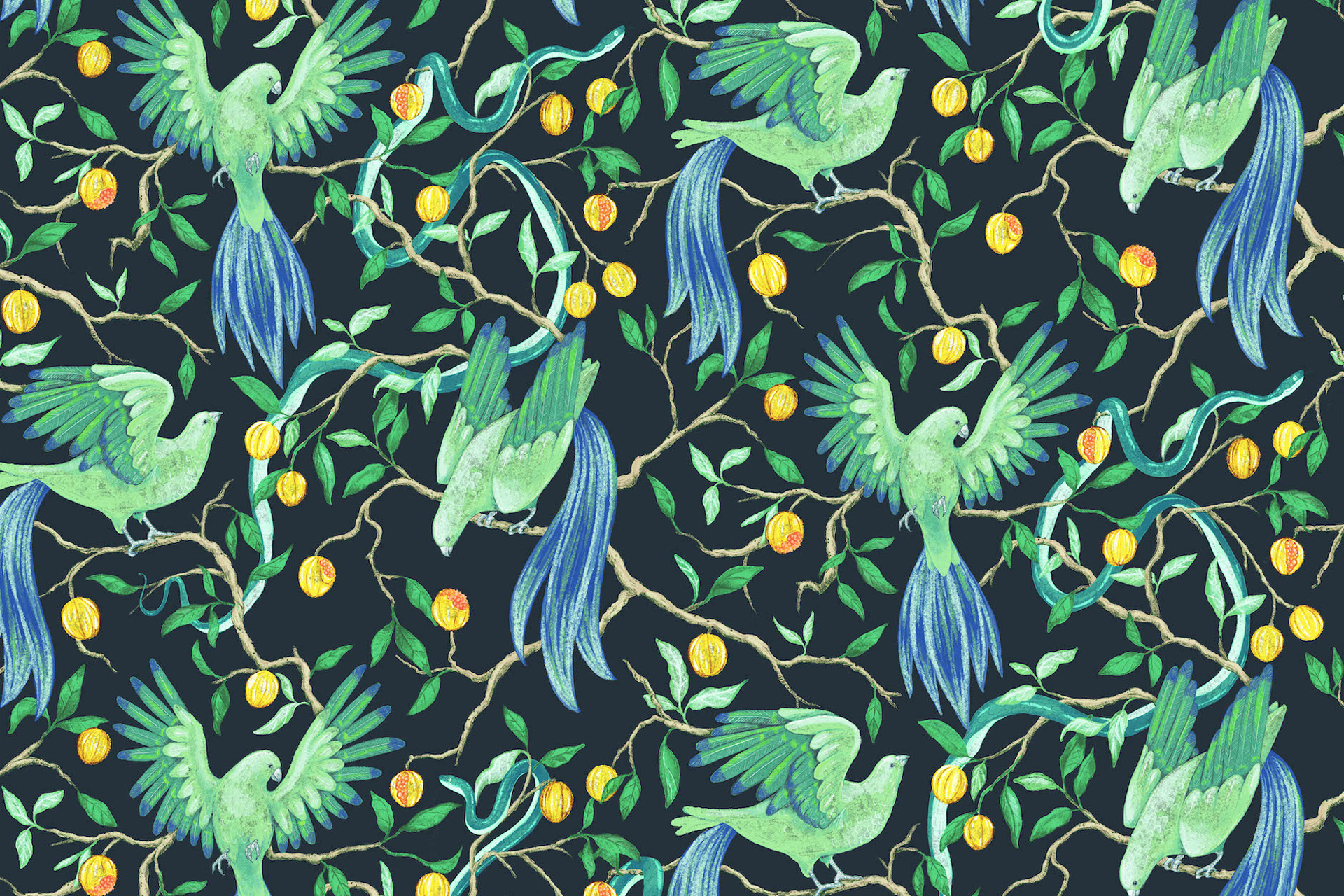 Like the Europeans during the 17th and 18th centuries, we too are longing for a paradise. We imagine a lush garden with birds, fruits, and the scent of lovely flowers. The canopy is filled with life, the rustle of a calm wind in the foliage. It is a wonderful thought, isn’t it, that such a place would exist! 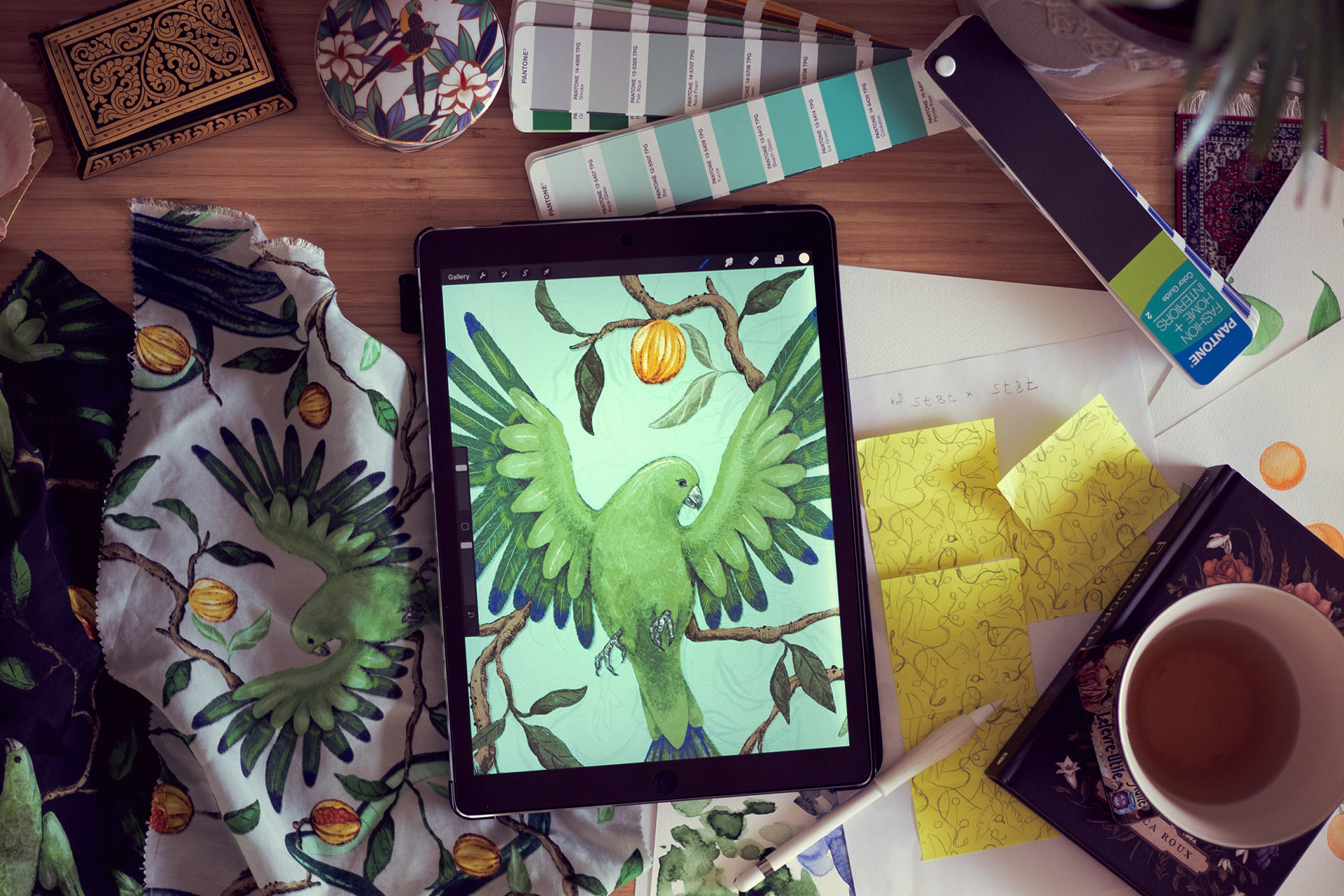 But there is always a snake in paradise. Perfection is an illusion, the snake lurks just out of sight, if just in our minds. But the snake, and the darker aspects of life it represents, surely is an important part of paradise. It is supposed to be there – how else are we going to challenge ourselves and grow? The snake fights stagnation and invites progress, and is as beautiful as all the other inhabitants of paradise.

The image below shows The Chippendale Chinese room at Badminton House, property of the Duke of Beaufort, ca. 1755. From The New York Public Library 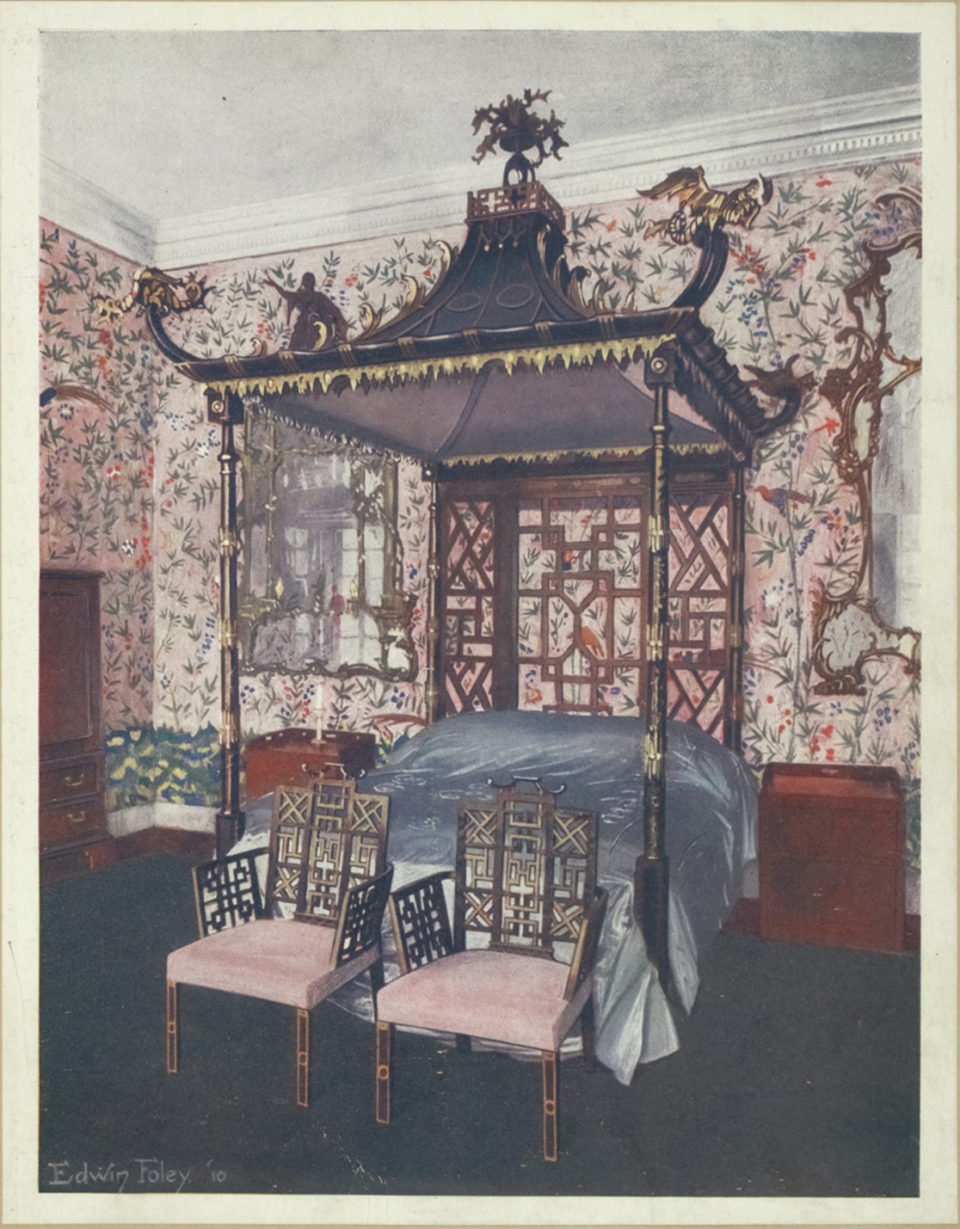 Birds in Paradise comes in two stunning colours, a beautiful faded duck egg and an elegant night sky black with just a hint of blue. 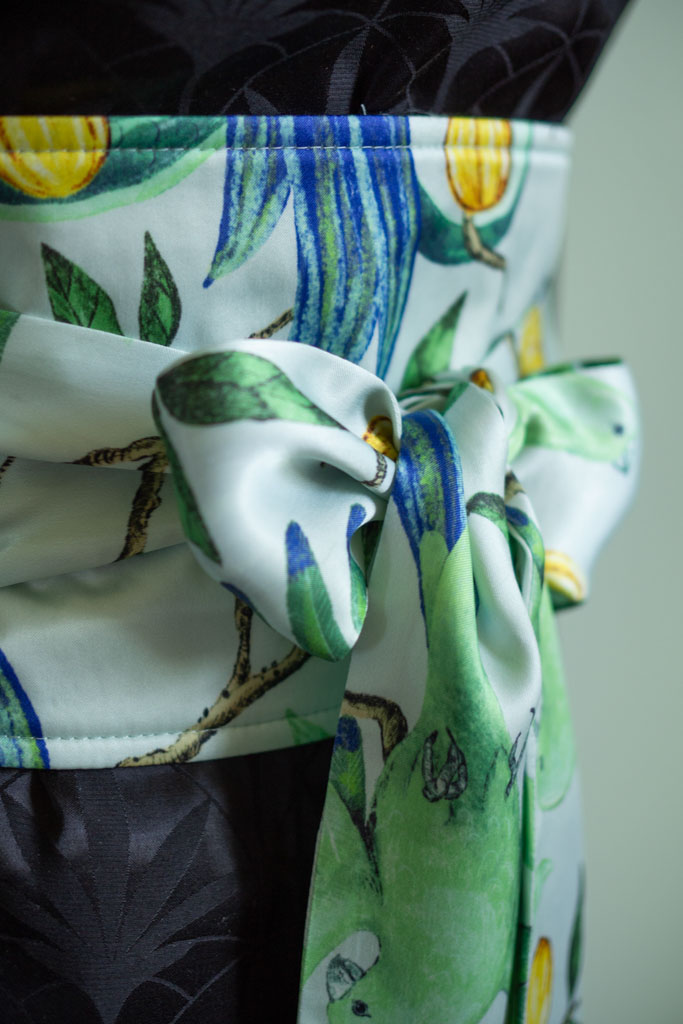 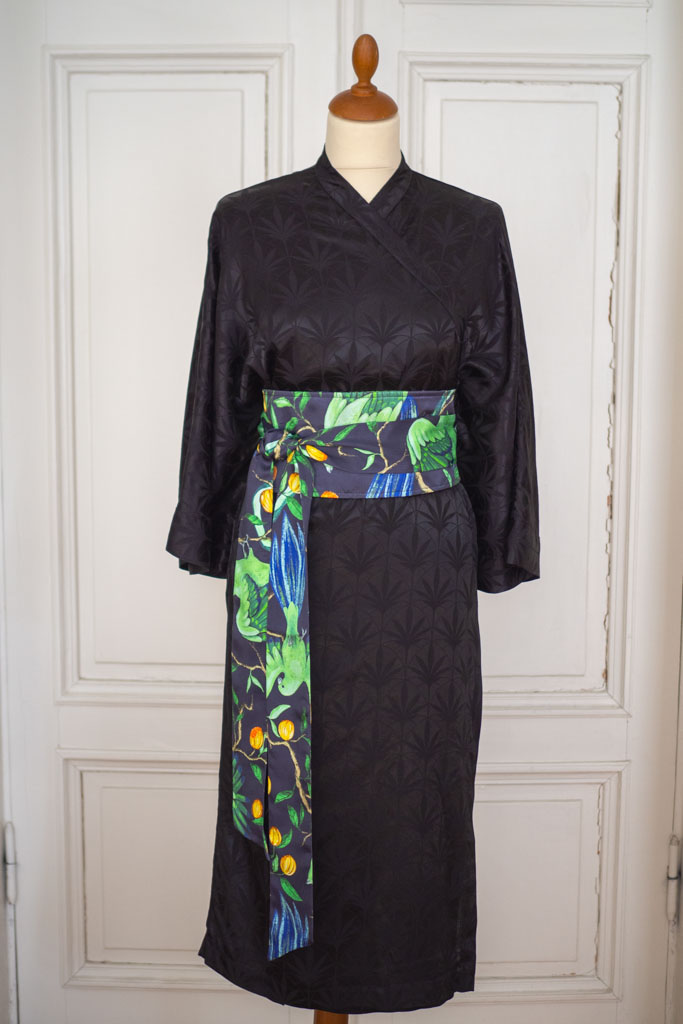 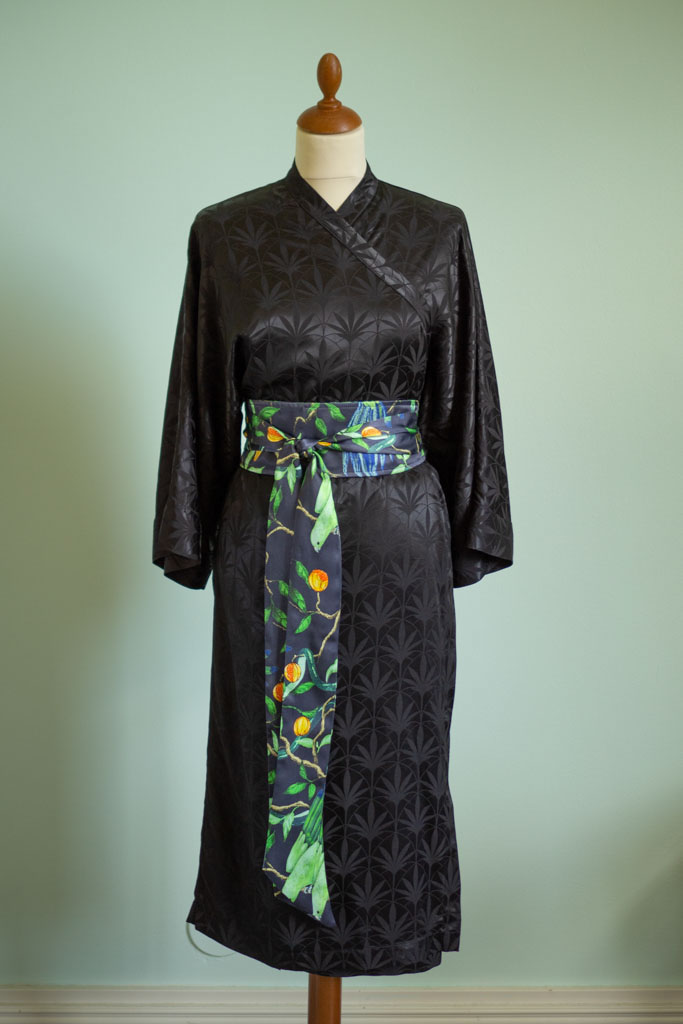 55,00 €
Add to basket
Show all
This website uses cookies to improve your experience. We'll assume you're ok with this, but you can opt-out if you wish. Learn More
SettingsACCEPT ALLREJECT
Manage consent

This website uses cookies to improve your experience while you navigate through the website. Out of these, the cookies that are categorized as necessary are stored on your browser as they are essential for the working of basic functionalities of the website. We also use third-party cookies that help us analyze and understand how you use this website. These cookies will be stored in your browser only with your consent. You also have the option to opt-out of these cookies. But opting out of some of these cookies may affect your browsing experience.
Necessary Always Enabled
Necessary cookies are absolutely essential for the website to function properly. This category only includes cookies that ensures basic functionalities and security features of the website. These cookies do not store any personal information.
Non-necessary
Any cookies that may not be particularly necessary for the website to function and is used specifically to collect user personal data via analytics, ads, other embedded contents are termed as non-necessary cookies. It is mandatory to procure user consent prior to running these cookies on your website.
Functional
Functional cookies help to perform certain functionalities like sharing the content of the website on social media platforms, collect feedbacks, and other third-party features.
Analytics
Analytical cookies are used to understand how visitors interact with the website. These cookies help provide information on metrics the number of visitors, bounce rate, traffic source, etc.
Advertisement
Advertisement cookies are used to provide visitors with relevant ads and marketing campaigns. These cookies track visitors across websites and collect information to provide customized ads.
SAVE & ACCEPT
Powered by